Finland’s tallest smokestack to be demolished in Kristiinankaupunki 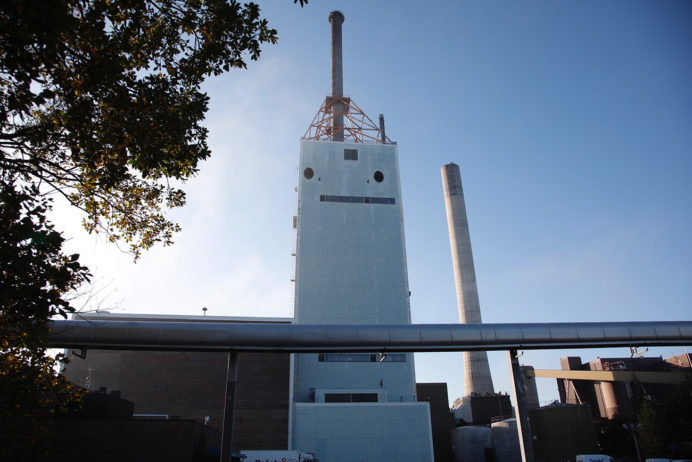 “Demolishing of the power plant’s smokestack that was built in 1983 is not only an enormous change to the townscape, but also the final seal for the end of a production method. The falling of the almost 160-metre smokestack symbolises the major change taking place in the energy industry and a determined shift towards low emission energy production. Pohjolan Voima and PVO-Lämpövoima have been trailblazers in this work,” says Ilkka Tykkyläinen, the President and CEO of Pohjolan Voima Oyj.

The coal- and oil-fired power plant was closed in 2015 due to unprofitability. Demolition of the plant buildings surrounding the smokestack started in June 2020. The demolition work will be completed by the end of 2021.

Abandoning condensing power plants is an important step for Pohjolan Voima in its path towards CO2 neutral production.  Pohjolan Voima produces almost 20% of all the electricity in Finland, of which almost 95% is already CO2 neutral.

Availability of secure energy must be ensured

“The demolition of the Kristiinankaupunki and Tahkoluoto power plants eliminated a total of 687 megawatts of condensing power capacity. Capacity of the Mussalo power plant was 313 megawatts. Condensing power plants have also played a major role in the balancing of electricity demand,” says Petri Hurri, the Managing Director of PVO-Lämpövoima.

He remarks that hydropower provides up to 70% of the regulating power that balances out the daily production and consumption of electricity. Nearly half of all Finland’s renewable electricity is produced with hydropower.

Photo: The Kristiinankaupunki power plant before the demolition of the smokestack.
Photo: Kai Tirkkonen.

To creditors of Pohjolan Voima Oyj: Announcement on the public notice

Katja Permanto has been appointed Environmental and Safety Manager