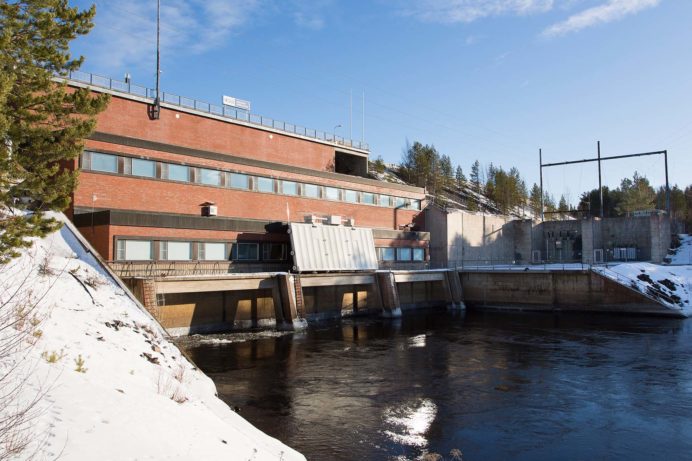 PVO-Vesivoima has implemented new process control and optimisation software to control all the company’s hydropower plants along the Iijoki river. The system was supplied by Honeywell. The river regulation software is the most advanced in Finland. The automated river regulation system enhances the production of balancing power, which is vital to the balance of the electrical power system. It also allows even more attention to be paid to environmental aspects.

PVO-Vesivoima’s hydropower plants on the Iijoki, Kemijoki and Kokemäenjoki rivers introduced a new central control system in the spring 2021. In conjunction with this upgrade, the company also launched the implementation of a river regulation system for all plants on the Iijoki. The implementation process is now complete. The testing stage is finished, and the system is in fully operational.

“Until now, plant operators controlled the situation through the energy management system and production planning, in line with the production plan. You could say we’ve taken a huge leap from a manual approach to a fully automated and optimised system,” says automation specialist Tommi Hansen-Haug from PVO-Vesivoima.

He explains that the river regulation system is still guided by the production plans, but the automation manages the river as one entity instead of separate production units. The goal is to achieve the fullest possible optimisation of the production process.

“There is no other example of a similar system being implemented on such a large scale in Finland. PVO-Vesivoima now possesses the most advanced river regulation system that involves the largest number of plant units in the country, featuring world-leading technology,” he explains.

The river regulation system is generically known as an APC (Advanced Process Control) system. First and foremost, it helps spare operator resources. The system automatically predicts, suggests and reacts to operating models. It also controls the production processes within the set parameters.

Multivariable control is a well-known concept in the technological industry, but as mentioned above, this is the first time such an advanced system has been applied to river regulation.

“APC is controlling all the eleven production units and the twelve regulating dam flood gates located along the Iijoki. A specific power level is calculated for each of them based on the demand and economic activity. The automated regulation system brings significant benefits when scaled up to the total power production on the Iijoki,” Tommi Hansen-Haug explains.

Development Manager Juha Haromo from UPM Energy also sees the benefits as remarkable. PVO-Vesivoima’s control room is managed by UPM Energy, and UPM is also involved in the development of the PVO-Vesivoima systems.

“In practice, the river regulation system enables a shift from active operation to the monitoring of operations. At the same time, real-time optimisation allows the plans to be implemented with greater precision and efficiency,” Haromo says.

The regulation system is also significant from an environmental perspective. The automation guarantees more precise control of the reservoir water levels along the span of the river system.

“The upper reservoirs of the plants act as energy reserves. The water discharged from the previous plant upstream affects the upper reservoir and operations of the next plant downstream. The reservoirs act as energy reserves, because their water can be used to meet fluctuations in consumption. The river regulation system assigns production to the plant and machine where it is most profitable at any given time,” Hansen-Haug explains.

The river regulation system also contributes to the green change and combatting climate change. The need for balancing power increases as the renewable and weather-dependent production grows. In addition, more rapid balancing is needed with the transformation of the energy system and the move towards a more real-time electricity market.

Hydropower generation is continuously controlled to monitor changes in the price of power and the energy balance. This multivariable operation is particularly beneficial.

The river regulation system monitors the situation in real time, and controls the turbine and spillway equipment. It also takes into account the status of the power grid and the need for reserves. This helps to keep costs under control and maximise process efficiency.

“I see river regulation as a very positive forward-looking effort. Pohjolan Voima and UPM are trailblazers in implementing these technologies,” says Timo Koivunen.

What does the river regulation system do?

The Board of Directors of Pohjolan Voima Oyj