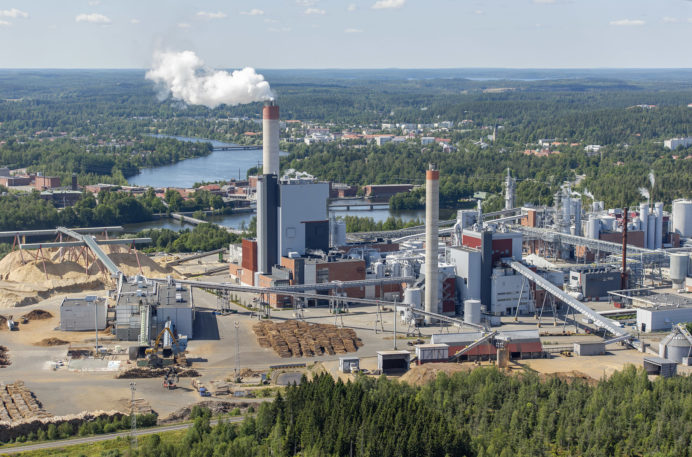 Kymin Voima’s biopower plant has made preparations for the winter. Fuel levels are good for the winter, the plant has been serviced thoroughly and the forest residuals crusher, which was damaged in the small fire at the beginning of October, will be back in operation soon.

During the summer, the power plant underwent annual maintenance as planned. All items critical to the functioning of the plant were checked and serviced.

The COVID-19 pandemic has not affected the operation or servicing of the plant. Hygiene, masks and social distancing are efficient ways to mitigate the risk of being exposed to the virus. We emphasise these measures because the production of heat and electricity is critical from the perspective of customers and society.

More than 90% of fuel is carbon-neutral

The fuel that Kymin Voima uses is nearly 100% bio-based, i.e. by-products from the forest industry, in practice. The by-products are mainly bark from UPM’s pulp mill in Kymi and logging waste.

Minor damage from the fire

At the beginning of October, wood fuel was stuck in the forest residuals crusher of the plant, which caused a fire. First-aid extinguishing was efficient, and the fire was restricted to a very small area. Nobody was injured, and the fire caused only minor financial damage. A part of the unburnt conveyor belt must be replaced.