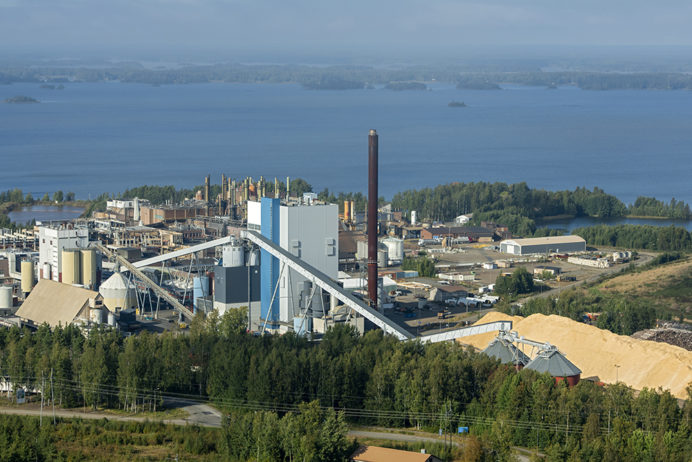 Porin Prosessivoima Oy and Nordic Ren-Gas Oy have signed a cooperation agreement on a feasibility study concerning a Power-to-Gas plant that would produce renewable methane and green hydrogen. The electrolysis efficiency of the Power-to-Gas plant planned for the Kaanaa district of Pori would be 20 MW, and it would use some 20,000 tonnes of carbon dioxide a year, recovered from the combustion gases of the Kaanaa power plant, in the production of renewable fuel.

The investment, which would be situated in the area of Porin Prosessivoima’s Kaanaa power plant, would represent a significant increase in the production of clean Finnish gas fuels. The amount of clean gas fuels produced by the Power-to-Gas plant in Kaanaa would replace nearly 10 million litres of fossil-based diesel in HGV traffic annually. This volume would cover the annual fuel needs of around 300 heavy goods vehicles.

The Power-to-Gas plant in Kaanaa, Pori, would be an important base in Ren-Gas’s production network, and it would increase the production of Finnish gas significantly in a transport hub of western Finland. The feasibility study now getting underway aims to ensure the technical and commercial viability of the Power-to-Gas production plant prior to any further planning and the actual investment decision. The signed cooperation agreement is a continuation of the preliminary study concerning the production plant carried out by the companies in the winter of 2022.

“Renewable domestic gas plays a bigger role than ever in terms of both the green transition and security of supply. It’s great to see green transition investments being promoted systematically in Finland, and the Power-to-Gas project we’re developing in cooperation with Porin Prosessivoima is an excellent example of this. The system being planned for Pori would significantly increase the production of Finnish gas fuels. It would also provide Ren-Gas with an important base in western Finland, through which Finnish national road 8, one of Finland’s most important roads for heavy goods vehicles, passes,” says Saara Kujala, CEO of Ren-Gas.

The Power-to-Gas process’s raw materials are carbon dioxide, water and renewable electricity. In Pori, the carbon dioxide is recovered from the combustion gases of Porin Prosessivoima’s Kaanaa power plant, and the renewable electricity would be bought with long-term agreements from Finnish wind farms. The process’s output is a clean liquefied gas fuel which can be used in HGVs in the same manner as biogas.

The project would advance the carbon neutrality goals of the Pori region and create a strong base for competitive energy production for a long time to come. The Power-to-Gas plant would generate a significant amount of waste heat, which does not generate carbon dioxide emissions, and which could reduce combustion-based energy production in Pori.

“The planned Power-to-Gas plant represents a clear step towards entirely carbon-neutral heat and power generation at Porin Prosessivoima. At the same time, the project would promote Finland’s energy independence and thereby support goals set by both our shareholders and Finland as a nation,” says Eero Niemitalo, Managing Director of Porin Prosessivoima.

The feasibility study, set to begin immediately in May 2022, is being led by the project development company Nordic Ren-Gas Oy. The project’s permit and licensing process, preliminary technical planning, and financing arrangements will be started once the results of the feasibility analysis are ready, if they are in favour of the project. The plant’s construction could begin during 2024, and it could be finished by the end of 2026.

Nordic Ren-Gas Oy is a Finnish developer of clean energy accelerating the cost-effective decarbonisation of the HGV traffic sector by developing a clean P2X gas production and distribution network in Finland. The renewable fuels produced by Ren-Gas will cut the use of fossil-based diesel fuel in HGV traffic by some 250 million litres a year, which represents approximately a fifth of the fuel consumption of HGV traffic. The clean fuel produced can reduce carbon dioxide in the transport and energy sectors by more than a million tonnes. Ren-Gas’s energy source for its P2X fuels is new Finnish wind power.